We’re obsessed with all the makeup looks inspired by the hit TV show Euphoria. Euphoria centers around the lives of high schoolers. Rue Bennett (who is played by Zendaya), Jules Vaughn (played by Hunter Schafer), and Maddy Perez (played by Alexa Demie) are the inspiration behind many of the Euphoria makeup looks seen on both Instagram and YouTube. What’s unique about the makeup on show is that it reflects what the characters are going through. The main Euphoria makeup artist Doniella Davy told Allure in an interview, “There’s subliminal emotional messages always in all the makeup.” We love that. Here are the best Euphoria makeup looks we’ve seen so far.

Euphoria‘s breakout star, Alexa Demie, has some iconic off-screen looks. This look by makeup artist @raoulalejandre on his muse Alexa Demi has gone viral on Instagram. We think @strashme‘s version of the look is gorgeous.

@maryliascott, inspired by @strashme, did her own rendition of the iconic look and we absolutely love it. Her cut crease and highlight left us speechless.

Our fave, @shylissa_, also tried her hand at the look. We think she killed it. Check out more looks from Shylissa here.

@kgbeautyxo put her own spin on Maddy’s signature look from episode 2 by combining a pink smokey eyeshadow with gems around the brows.

This look from @jadoredrew is both simple and gorgeous. It’s also a look inspired by Maddy in episode 2. She did a halo eye with gems around the brows and bottom lash line.

@gemsrodri is spot on with her Maddy Euphoria eye makeup. It’s exactly like Maddy’s red-hot eyeliner look from episode 2.

We love this Rue Euphoria makeup from @baresimplicity.

We love this Rue Euphoria makeup look from @glamby_kat. It’s a nice spin on Rue’s glitter tears in episode 2.

@seydaerdogan gave us two great Euphoria makeup looks. The first is a Maddy Perez makeup look. The second (swipe left) was inspired by Rue and her glitter tears.

@antoniadavis did her own twist on a Maddy Perez makeup look. While Maddy’s look from Euphoria episode 2 featured a blue smokey eye with gems around the crease, @antoniadavis opted for a purple.

@mianjelica has done many Euphoria looks. We couldn’t pick just one. One of our faves was the colorful wing she did in this Maddy-inspired makeup look.

We love this Kat Euphoria makeup look by @alissa.ashley. She put her own spin on the look by adding green gems and white liner to the bottom lash line.

@amandaensing gave us some Spring inspiration with her look.

@chrisspy did a Euphoria look with a modern twist. She added a dramatic wing, nude matte lip, and perfectly-arched brows.

We love the colors @jayde.mouton used to do Maddy’s look from episode 2. The blend is perfect.

We love all of @rowisingh‘s Euphoria inspired makeup looks.

@shamelesslydia has done a ton of Euphoria makeup looks, we couldn’t pick just one.

Wanna get the look? Try the products below:

As an Amazon Associate StyleGPS earns from qualifying purchases..

What do you think of these Euphoria-inspired makeup looks? Drop a comment below. 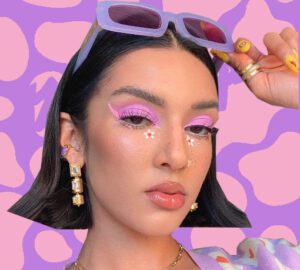 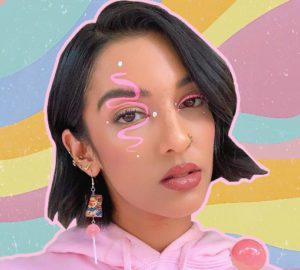 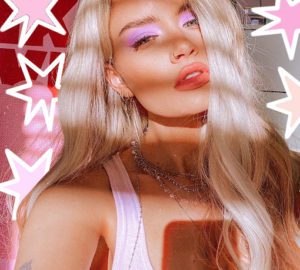